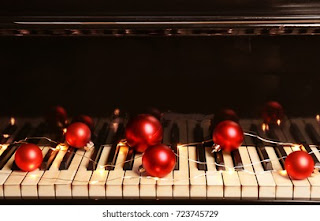 OK, students, it's your turn! Here is your handy, one-stop guide with everything you need to know about our upcoming recital. Parents, please ensure that your budding musicians read this... all the way to the end. Or better yet, go over it with them. ;) On Friday, flag your books! Put a sticky note on the page with the song you are playing, so you can flip to it easily and quickly at the recital! If you have loose sheet music, make sure you have it with you (preferably in a binder and flagged). If you're playing from a book, and you have a page turn and haven't memorized the second page, get your mom or dad to photocopy pages so you don't have to do a page turn.  Does it make you nervous to play in front of people? If so, that's OK -- most people feel this way! So, leading up to the recital, perform a lot for your family and friends. This will help you not to be so nervous. Don't forget to get them to sign your music or notebook in pencil!  Recitals are special
Post a Comment
Read more 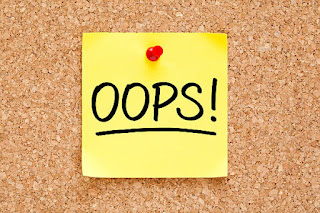 I think I've got to go back to writing down what I need to blog about in my planner.     This post should have been out two weeks ago.     Sorry!     Anyways, parents, please read this in preparation for our Saturday recital. (It's our first in-person recital since the pandemic started! Yay!)      Make sure you and your family arrive at the church on time (a few minutes before 2:00 P.M.). Check the address ahead of time, so you know where you're going! Onoway may be a small town, but that doesn't mean you can't waste time driving in circles looking for your destination in it.;)      Please be respectful of church property while we are there, and remind your children not to run in the sanctuary, play with things in the church, etc.      Also please sanitize your hands upon entering.       Help your child feel relaxed before the recital. Many children get very nervous before a recital, which doesn't help them play their best! All your children are prepared for t
Post a Comment
Read more 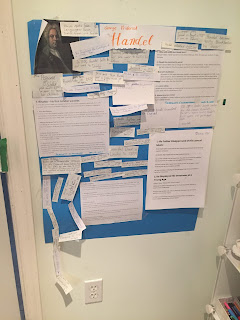 Announcing, the big news you've all been waiting to hear.... 🎺    The winning team from Composer Month is....    ...the Handel team!     As you can see, someone (my teen student) got a little competitive. So the Handel team has the top score at 84 points, and also the highest personal score: the competitive person brought in 66 points. :) Congratulations, Handel team!     In second place is the Bach team at 34 points.    And in third place is the Purcell Team at 26 points. :) How did Composer Month work for online students?    Online students dictated their facts to me. I copied them onto an index card, then taped them to the poster. :)  Good work, everyone!
Post a Comment
Read more

Should Christians Listen to Wagner? 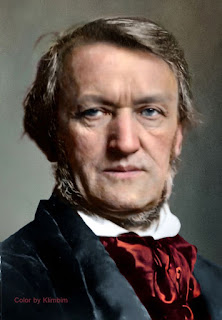 Classical music lovers fall into two camps when it comes to Wagner: either they think he's awesome, or they think he's awful. Christians who are into classical music tend to completely shun him without completely knowing why. So then the question becomes, is this a fair case?     Growing up, my mom had a pretty good selection of classical music, but Wagner did not make her hit list. I hear rumours about this notorious composer, but then I hit Music History 3 and found that I was expected to actually study him. Of course, by the time one hits their ARCT in music theory, one has also amassed a collection of books that are not textbooks. Let me share with you what I learned about Wagner, and then we'll return to the question: Should Christians (or anyone else for that matter) listen to Wagner's music?    In order to answer that question, you have to know where you're going to draw the line as far as what music you will and won't listen to -- and why.  Music is a l
Post a Comment
Read more 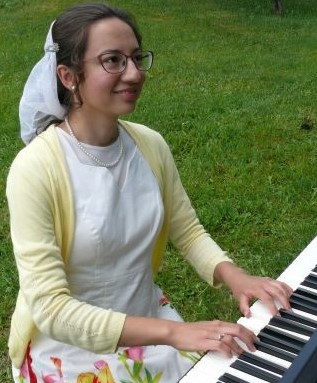 Hello and welcome! I'm Sarah Wiens, and if you asked, it would be hard to tell you which I love most -- making music on my piano, or teaching children to make music. If you live around the Onoway area and are looking for a piano teacher, or maybe you're looking for online piano lessons, you've come to the right place! Check out my 'About' and 'Contact' pages to ask about lessons for your child. Hope to hear from you soon!